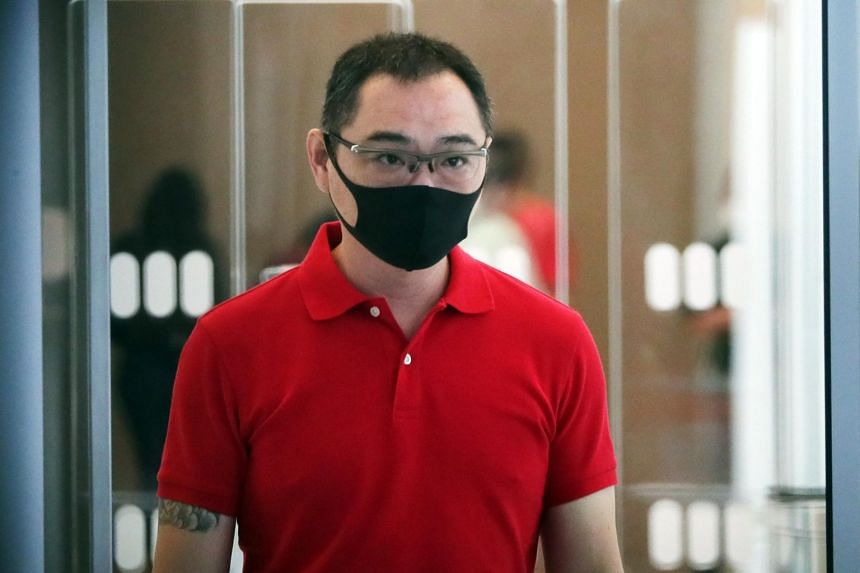 Ng Leeson is due to be sentenced on Oct 20.ST PHOTO: KELVIN CHNG

SINGAPORE - A manager of a car dealership lied to sellers that he would pay their outstanding car loans so that he could buy their vehicles with a smaller outlay.

He then cheated buyers of these used cars into paying him more than $222,000 in deposits, knowing full well that ownership could not be transferred because of the unpaid loans.

Ng Leeson, 45, pleaded guilty to six counts of cheating and one of criminal breach of trust as an agent on Tuesday (Oct 5).

The court heard that he was a manager at B Leasing, a company that bought and sold second-hand cars. He had oversight of the day-to-day operations.

Between January and March 2015, Ng conspired with his colleague Chong Zhuang Jian, a 36-year-old salesman, to carry out the scheme.

Chong was promised a commission of about $300 for each car he purchased and $500 for each sale.

The pair sourced for cars with outstanding loans on motoring portal sgCarMart.

Ng then advertised these cars for sale on the same portal at attractive prices and deceived buyers into thinking that they would be the registered owners after they had paid deposits.

When sellers and buyers sensed that something was amiss and tried to reach the pair, they were not contactable.

The duo purchased nine cars and sold seven of them between January and March 2015.

On top of his managerial role at B Leasing, Ng was also the sole owner of Leeson Motors, a company that bought and sold used cars.

His offences came to light when a seller lodged a police report against Leeson Motors in July 2015 because Ng failed to pay her over $41,000 for her car.

A search on the Accounting and Corporate Regulatory Authority website showed that Leeson Motors is no longer in operation. No results were yielded for car dealerships with the name B Leasing.

Ng is due to be sentenced on Oct 20. Chong had been sentenced to two years and three months' jail in February 2019 for his offences.

No restitution has been made to the victims.

For each count of cheating, Ng could be jailed up to 10 years and fined.

The maximum penalty for criminal breach of trust as an agent carries a jail term of 20 years and a fine.